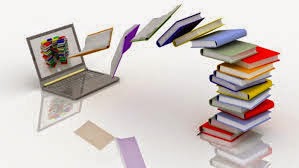 Just a couple of years ago romance author Barbara Freethy began self-publishing ebooks using her books that were out-of-print. By the early part of 2012 she had sold over 1.5 million copies. To grow sales, Freethy began self-publishing translated versions of the books. Needless to say, she’s been quite successful and a had a fun run along the way.

The Road to Self-Publishing
When Freethy started self-publishing it was a marketing decision. She decided to sell her titles that were out-of-print as inexpensive ebooks as a way to draw attention to the newer titles she was having published through traditional publishers, such as Simon & Schuster. As she made the transition to indie publishing, she created new book covers and ran social media campaigns using Facebook and Twitter to drive traffic to her books' listings on sites like Amazon.

Freethy self-published books include 18 titles so far: 17 are back-lists and A Secret Wish is an original book. Although she made her titles available through a variety of e-bookstores, most of her sales came from Barnes & Noble and Amazon.

Trying Out Translations
After having such marked success at self-publishing, Freethy began creating foreign language editions. She started with just three titles: Don’t Say a Word was translated into German, Daniel’s Gift was translated into Spanish and Just The Way You Are was translated into French. All of these were made available on Amazon, Apple, and Barnes & Noble. She hired translators and proof readers for each of the translations.

Today indie authors can have their translations done at Babelcube for no cost (just share the royalties) by a team - lead translator and editor and proof reader. Babelcube distributes the books through language specific retailers from a list of 300+, from Amazon to country specific retailers.

Freethy’s Persistence Paid Off
Fast forward to the middle of 2013 and her self-published sales reached 3 million books. Now that’s exciting! She only began self-publishing in 2011 with a single book, Summer Secret, and its sales began to increase until it was listed as #1 on Barnes & Noble’s list and the next month it reached #1 on Amazon as well. Shortly after that Summer Secret was #1 on the New York Times eBook List. Within a short time, her other self-published titles began showing up on best seller lists.

Self-publishing was a learning experience for Feethy. And, initially sales were slow. Through research, such as online videos about book cover design, she studied many topics on self-publishing books. She also made her books available through a variety of retailers. And, even when sales were initially slow, she continued to add books to her self-published list.

What Freethy Likes About Self-publishing
While Freethy has stated that she seems to work harder now than ever before, she enjoys the rewards of self-publishing far greater. She loves running her own business, having control over what she writes and how frequently she can choose to publish. She always wrote faster than what publishers could produce and now she does not have to space out a series or hold back on the number of books she produces in a year. She is enjoying her new life as an indie author.